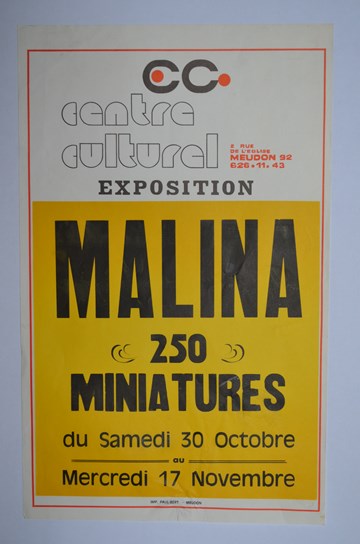 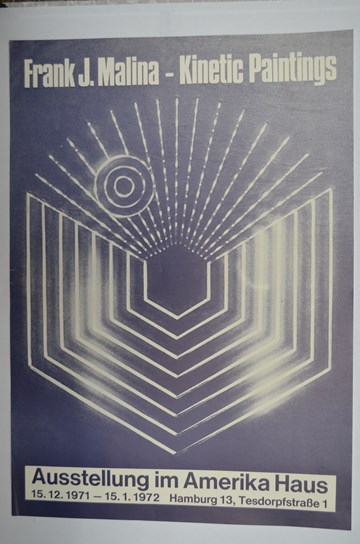 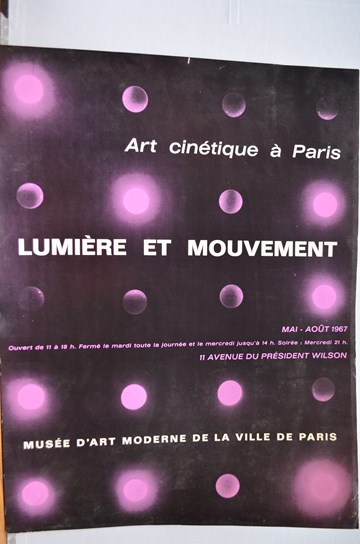 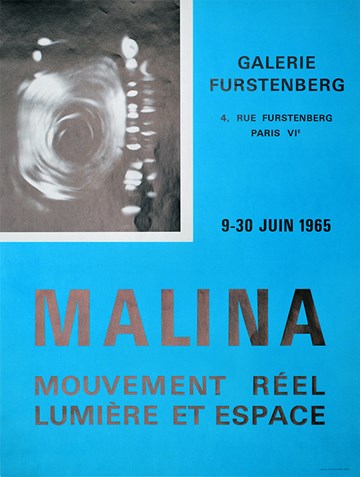 The first exhibition of F. Malina´s art works in the Czech Republic was held in Prague in 1966 at The Gallery in Karl's Square (Galerie na Karlově náměstí) from June to July. At that time Dr. Ludmila Vachtová was the director of this institution – a significant theoretist and an art critique.The exhibition included 32 art works covering the period from Malina's beginnings at the end of 40s to the mid 60s. There were his early drawings and paintings on display, his rope and wire objects, electro paintings and kinetic pieces from the end of 50s and the first half of 60s. Dr. František Šmejkal was the curator of the exhibition. Besides Dr. Vachtová, also Jan Koblasa, Jiří Kolář, Bohumír Mráz and Zdeněk Sýkora participated in the implementation.

This group exhibition took place as a part of the festival „Bohemia magica“ of the Czech season in France under the patronage of the mayor of Paris.The concept of the exhibition was "new technologies in the Czech art of the 20th century". Apart from F. Malina, also other artists were presented there - Zdeněk Pešánek, Josef Svoboda, Zdeněk Sýkora, Woody Vasulka, Michael  Bielický, Federico Díaz, Petra Vargová and Floex.

This small exhibition in Museum Kampa took place from June to July 2005 as a part of the "Com.bi.nacion, Science meets Art" project of the Czech-Argentinian biennale. In addition to Frank Malina, also other Czechs were presented there – Zdeněk Pešánek, Zdeněk Sýkora and Federico Díaz. From Argentina  Julio Le Parc and Luis Fernando Benedit.

"My father's life and career was a continuous search for new ideas that could contribute to the development of a saner world. He saw himself as a citizen of the planet and was convinced that through the interaction of the art, science and technology we can create a culture that responds to today's human condition and create the seeds for tomorrow's world peace and social justice. He was an idealistic pragmatist. My father helped create the conditions for the emergence of a new generation of artists that could themselves create new science and new technology. His work promoted the idea that not only should artists, scientists and engineers collaborate, but that artists themselves could appropriate science and technology and as a result change the direction of science and the path of future technology. This new renaissance is now under way"

Taken from Roger Malina's letter to Museum Kampa on the occasion of "Com.bi.nacion, Science meets Art". 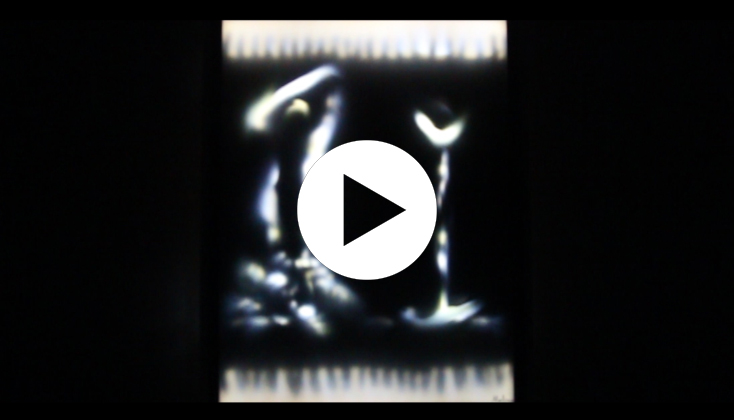 From November 2007 to January 2008 a lesser retrospective exhibition named  Point-Line-Space  took place. It was organized by Museum Kampa and International Centre for Art and New Technologies in Prague/CIANT/. It became a part of the international festival of art, science and new technologies "ENTER“, curated by PhDr. Vít Havránek, with the assistance of Malina's work organizer PhDr. Fabrice Lapelletrie from France and members of Malina's family in France as well as in the Czech Republic.

"The curator of the current exhibition Vít Havránek managed to collect, mostly from the author's familly archives, 30 works which document the strong-minded entry of the technician, rocketry engineer Frank J. Malina into the world of art and his triumph at developing the historically important phenomenon of kinetic art. The oldest works presented at the exhibition – collages, aquarells and assemblages of strands – show his courage to get involved in the topics of art radically set by modernism. The exhibition of Frank Malina feels mesmerizing , but soothing at the same time, inciting contemplation.“ 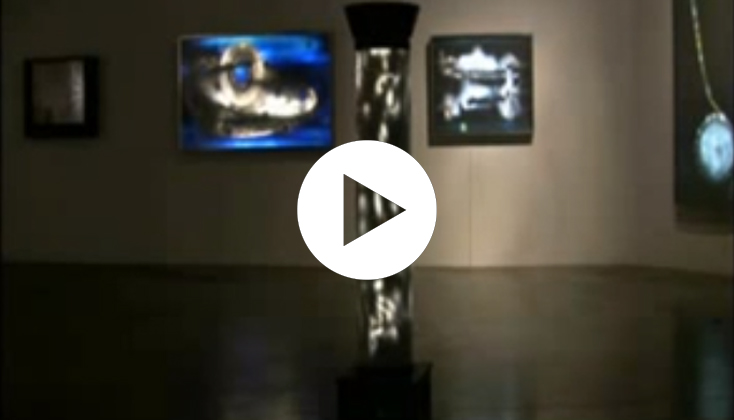 A group exhibition of Frank J. Malina and György Kepes in Budapest in 2010

It took place in Ludwig Museum of Contemporary Art from September to November. The curators were Nina Czeglédy a Róna Kopeczky. Fabrice Lapelletrie and members of Malina's family also assisted. The title of exhibition was "G.Kepes and Frank Malina at the crossroad of science and art“. The whole exhibition was also presented in the National Centre of Culture in Gdaňsk, Polland, in May and June 2011. 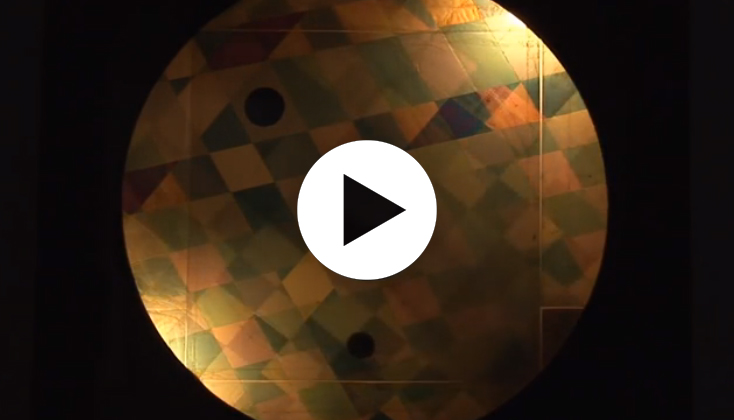 The Pleasure of Light Gdaňsk

An exhibition titled "Messenger of light"  was held in Ladislav Sutnar´s gallery in Pilsen from May to July 2013. It was a part of the 68th anniversary celebrations of liberation of Pilsen by the American army and end of World War II. The exhibition was co-organized by Jiří Pleska, Petr Klíma and  Fabrice Lapelletrie. In addition to the kinetic works, the archival materials documenting Malina's scientific and editorial work were also displayed there 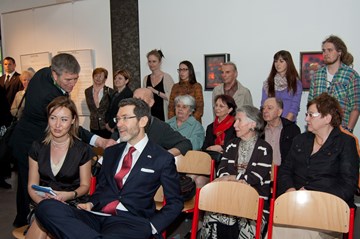 Patroness of art Meda Mládková at the opening 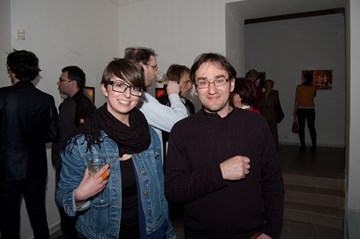 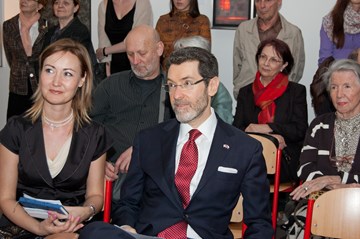 American ambassador to Czech republic Norman Eisen at the opening 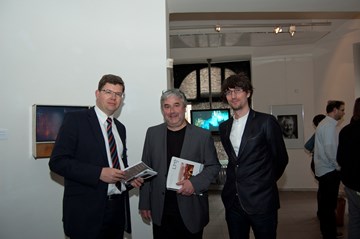 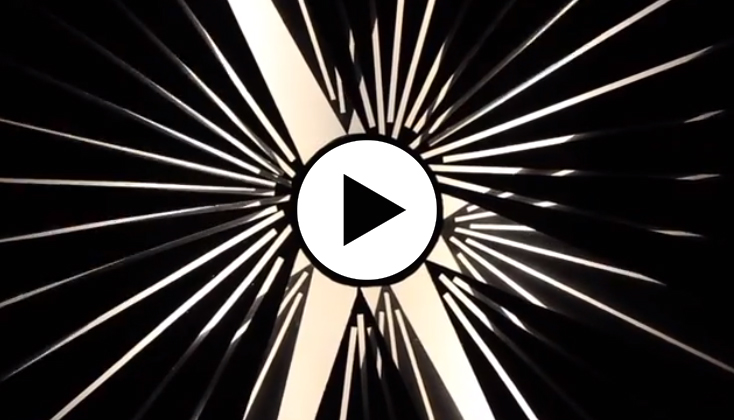